Glad to be here! KTVA destroys the competition. 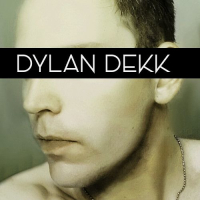 dekk 2.0 PRO Posts: 4
November 2018 in INTRODUCE YOURSELF
Hey everybody. Glad to be on board. I've been working with KTVA 2.0 USB stick since I bought it in May of this year and I've really been impressed with the quality of the material. I figured it was finally time to join the forum since it seems to be just a wealth of information and great people.

I've been making music for around ten years under a variety of names (nothing you've ever heard, I'm sure), and it's mainly been instrumental electronica or used other vocalists. It's the biggest passion in my life, and when I'm not making music I am reading about music (or singing technique since I started). I have a small project studio in my home and while I'm a perfectly average keyboardist, I've always been primarily a composer first - who was constantly piling up lyrics for songs that ended up being instrumentals.

After losing my Dad (who always encouraged me to take my music further) unexpectedly just under two years ago, I decided to do just that and enrolled in singing lessons with a local coach. She ended up relocating about six months ago, and that's when I discovered KTVA and decided to give it a shot instead of just immediately jumping in with another pro.

I'm glad I did, because this is a really great program. Can't emphasize that enough.

A few years ago I tried out a competitor's program (let's say it rhymes with "Stinging Abscess") and was really underwhelmed with both the material and the "host." Ken's program couldn't be further from that. I love the guy's personality, the quality of the instruction, and the thoroughness of the program - and Ken's instructions mesh perfectly with what I've already learned in my former in-person lessons. There's not a single point of contrast, which reaffirms my belief in the quality of both.

I'm a tenor and when I last tested my range, it was around G2-A5 - and it's grown significantly in the period between stopping my in-person lessons and starting KTVA. I'm focusing on cultivating a commercial male-voiced electropop sort of sound. I'm working on material for my second album right now (my first "real" album that isn't just a bunch of instrumentals) and this program is an incredible asset.

I'm glad to join the forum and hope to get to know this community very well!
0 · Share on FacebookShare on Twitter