Aged 60, after 4 years, I have the voice I dreamed of finding

I’ve had a career as a songwriter who sings OK enough for backing vocals.
Aged 55 I came across Ken Tamplin and invested in the USB version of the course.

I had always wanted to sing with the ease, fluidity, grace and power of all the greats I admired. Instead I was barking from the throat, sounding pinched, limited and whiny; with serious intonation problems. From what I can tell, many singer-songwriters start out like this. Some blossom into expressive greatness, but many just sound like non-singers, right?

I’d tried other singing courses such as SLS and Roger Love. While I respected their gentle approach in service of the revered ‘middle voice’ blend, there seemed little connection between their exercises and the way I wanted to sing. For some reason, I had a sense that Ken’s program - as demanding as it is - might actually be that ninja training I felt I needed.

I had a long road ahead of me, and initially Ken’s exercises saw me straining as I attempted to mould my experience of my vocal equipment with Volumes 1, 2 and 3. The first year of this saw me so despondent I joined other courses. But soon I noticed that whenever I do a Ken workout, my voice would remain agile, strong and confident for the rest of the day. So I kept with it, and in the 3rd year things started to really fall into place. Below is a list of things I wish I’d known earlier, and I hope this helps and inspires you.

I believe that Ken Tamplin has created an approach to the voice which is innovative and thoughtful. It brings together old and new disciplines in a systematic, though demanding, set of routines; rather like a martial art. These exercises are related to singing like stretching is related to ballet: they expand a capacity. And like learning a tennis serve or a golf stroke, these exercises also drill key co-ordinations. Sure, this comes naturally to some people, but for most it all needs to be meticulously learned and practiced consistently. All humans are born with this equipment, and some stumble upon it. Most of us need training, and Ken Tamplin has built a rock-solid way in.

I did this 5 days a week for 4 years And I made it. If I could speak to myself 3 years ago I would note this about the Ken Tamplin course.

- Ken says Volume 3 is one of the world’s most difficult tenor training routines. Apparently most tenors are baritones who trained themselves through exercises like these. I am now a tenor who has retained all my previous light-baritone capabilities. And even though I don’t use the upper notes from these exercises in my singing, simply knowing I have the ability to get up there in a strong, effortless manner makes me a better singer.

- In Volume 3 Ken introduces sub-glottal pressure. Here is where he combines sub-glottal pressure (holding back air) with the bright timbral ‘Ah’ source sound. These are two separate abilities, though related - you can practice them separately. Don’t imagine the air blasting out of your throat, but the opposite - your vocal chords will create a seal when working with limited air. That will help you make the bright ‘timbral’ sound Ken describes, which - in its raw state - can sound like a creaky door. Initially this will produce less volume than you’re used to, but it soon blossoms, given practice and time. The freedom and power it reveals is the primary mechanism of Ken’s approach.

- The ‘it’s the Law’ sound has the effect of pinging the high, bright frequencies onto your upper teeth and face-bones, thereby engaging your powerful resonance resources - like the body of an acoustic guitar. Other singing disciplines call this ‘bringing the sound forward’. It is a nimble, agile, slippery voice characterised by an activation of the edges of the vocal chords with their brassy, lighter qualities. In a single vocal posture, this works to engage what other disciplines call ‘twang’ or supra (or above voice) compression, as well as medial (or between-chords) compression - each supported by the Bernoulli effect of the sub-glottal vocal seal.

- Once you’ve got the sub-glottal compression trick (try talking without using much air), and the bright, timbral (almost creaky door) sound as your first onset note for every exercise, then Ken’s vowel modifications really power up.

- My early mistake was to think about each modification like floors on an elevator. Better to think - from the very bottom note - of all the modification tones as kinda present in every note. Using Ah as an example, if I am aware of a slight sense of Aw present in the lowest note, I can begin preparing for the shift early on. Similarly the Oo sound reveals itself as present from the very beginning of the earlier Aw. For me, it works to imagine every one of Ken’s scale’s notes containing tones from the modulations below or above whatever note is being expressed.

- If the beginning note of a scale is near or beyond a transition’s pitch, remember to begin (or sing the first onset) in a modified vowel. So, if your Ee is E above middle C, then your first note should start on the Eh mod.

- Make sure every note has its own end and beginning, like a string of sausages - joined but separate. The second note of every scale - once nailed - sets you up for the rest of the scale. My mistake was to hang onto the first note’s posture in my throat - that first note is only for the first note. Let go of that first posture and start that second note. Start treating each note as separate but smoothly-joined and the exercises become much easier, with your throat much less ‘grabby’.

- Ken’s Volume 3 is a gymnasium that prepares you for beautiful gymnastics. Don’t expect the exercises to sound like the singer you want to be. Understand you are stretching and preparing an ability, onto which you will meld your unique personal expression later, when you’ve left the gymnasium and resumed your artistry.

- Keep practicing Ken’s huffing exercise. Eventually come to bounce slightly with your diaphragm on every note in all of the exercises. Fake it until you make it, and soon your diaphragm becomes the root of every note; responsive and active while your jaw and throat are permitted to relax and lightly yawn in that open-throat kinda way!

I am forever grateful to Ken for this brilliant vocal training school. It has changed my life, and I hope this happens for you soon.
Happy to help!
Nemo 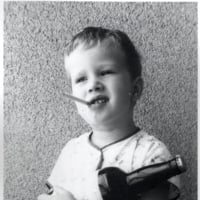 Attached below is a file that is written by Ken.  A lot of us have heard parts of his story, but possibly wonder how it all fits together to have fused Ken's voice into the incredible instrument it has become after all the years of training and discovery he has been through.

Here it is, all in one article, from Ken himself.  When you read the whole thing, it answers many of your questions, like "how could he possibly know that much about the voice?"

Ken's journey has been one of struggle and triumph, lows and highs, humble beginnings and amazing vocal accomplishments.  Our good fortune is that Ken isn't keeping all of his knowledge to himself.  We get to come along for the ride, and begin our own vocal journeys, following a trail blazed by Ken.  He guides us and shows us how to get to a destination that took him nearly 30 years.  There was no trail when he first passed this way.

He's making it really easy, by comparison, for us to follow on his path.

Re: Demo Area for the Bold - Critical Feedback for the more Experienced

Hi, everyone, I've done a cover version of A Simple Man by Bad Company. 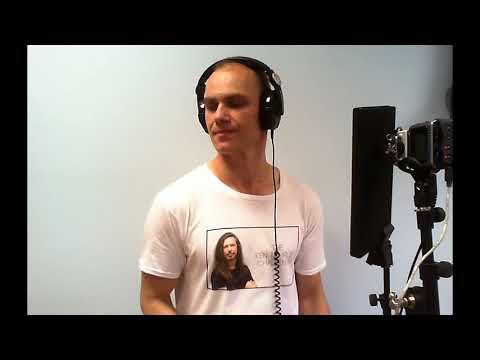 https://youtu.be/XQLCQ8lLrbE
Your feedback, especially Ken's and Bob's would be awesome.
All the best to all of you. Keep rocking)

Re: Hoarseness and everyday practice

@JAS.URSH
Think of pushing down on the diaphragm/Support as the BRAKES when you are driving down a twisting, turning mountain road. It's what keeps you from going over the edge or crashing into the rocks. In a less threatening environment, it is what prevents you from wearing out your voice too quickly. If you apply it correctly, enough of the time, you will experience very little wear and tear on your voice, especially your highest notes. It's the difference between control and out of control.

Some people think of support as how to blast out louder notes. Nothing could be further from the truth. It's more how to sing, rather than how to blast. It's a reduction in outflow pressure.

Because the faster our diaphragm rises the faster the air comes out, it is only logical that if we can slow down the rise of the diaphragm that we will naturally reduce the outflow of air (which incidentally makes our breath last much longer, especially with moderate cord closure). Because the diaphragm operates only on the "Downstroke" when it contracts and we inhale, we have to activate our "inhaling" muscles AS we exhale, to slow down the full, uncontrolled release of the breath. Using our inhaling muscles as we slowly release the breath is somewhat counterintuitive. So physically pushing downwards on our insides is one way to get our diaphragm to remain contracted instead of just "letting go" like it does during normal breathing.

When you "get it" you will notice a change in tone. With mild to moderate cord closure, and regulated air outflow, you will increase the ratio of tone to wasted air coming out. Your notes/breath can last much longer.

It takes a while to get it. We are used to breathing without thinking or really controlling it.

Another helpful exercise would be to inhale (not too much, because you don't want to feel like blasting it all out at once) and seeing how long you can PROLONG the release of the air. Work on that and try to get way up there. You will discover that you have to use muscles that you are not used to using in order to go a really long time holding your breath back.

Re: Next time you're feeling "too old" to sing or perform - read this.

I'm kind of an old guy (my birthday is Monday March 19.) But my voice sounds as young as it ever did. If I sing like I am supposed to sing and work with my voice, instead of against it, I sound young, indeed.

However, I may never get to be the "rock star." I have responsibilities and can't just live on the road like the 20-somethings that are starting bands, as they have always done.

And my voice doesn't fit anyone's "sound." I sing just fine in public and have done so many times and recieved applause. And no one is looking for me. And this is not self-pity. If anything, I can get away with being stubborn (family trait. We could teach mules how to be "stubborn.") I just keep doing what I am doing for my own enjoyment, which is how I think it ought to be, whether one is famous or not.

And my aim is to keep my voice sounding just as young for the next 30 years or so.

Lemmy - a force of nature. He never tries to put on an effect. He is what he is. And breaks the "rules." Smokes, drinks Black Jack and Coca-Cola. He let his voice be his guide and that's another valuable lesson, I think. Lemmy's not too old to sing. And neither am I.