Now or Never w/links to some Sangin'

TheSpaghettiKid Pro Posts: 21
January 2013 edited January 2013 in INTRODUCE YOURSELF
Hey guys and gals and fellow yellers and wailers. I'm gonna try not to write a book here in this introductory post.  For all who read the whole thing... thanks and I'm so sorry I'm so long winded... maybe it will pay off someday!

I loved singing as a kid and always idolized the singers in the band... and the drummers... and the guitarists too... but somehow I ended up on the mother truckin piano!!  UGH!!  Anyway, somehow I forgot about singing cuz I was stuck on the frickin piano at church since I was 16.  I moved to Nashville 10 years ago because I wanted to be a songwriter and producer.  Somehow I ended up as a mix engineer.  http://www.artistdirect.com/artist/jeremy-luzier/3190980

Anyway, I partially rediscovered singing on my own demos and some projects for other indies.  It was really cool to lock myself into my own little home studio and do 100 takes until I thought I sounded like a singer.  I AM A HUGE PERFECTIONIST and MOSTLY HATE EVERYTHING I am creating at some point during the process!  LOL!  I always wanted to be an artist but I knew I couldn't "really" sing and so didn't pursue it.  Somehow I managed to finish a few things and mix a few masters back in Nashville.  Looking back I wish I woulda just been singing... but honestly, I had no lessons, no idea what I was doing, and would have moments of hopeful brilliance and endless misery of being pitchy and having no self-confidence at all.  I could sound like the real deal in a recording but never reproduce that live.  Blah!

Anyway, I finally got out of the music depression of Nashville and moved to Florida.  I am rediscovering my love for music.  Since I no longer have to keep up with all the modern shit in order to be a "relevant cool hip guy" in the Nashville music "scene" (yes I am cynical), I am falling in love again with the great wailing bluesy-rock singers of the 70's... Grandfunk, Three Dog Night, Paul Rodgers, Bryan Duncan (of Sweet Comfort Band), Glenn Kaiser (of Resurrection Band), and I have always, ALWAYS loved Stevie Wonder.  Bryan Duncan and Glenn Kaiser and their bands were part of the early start of Christian rock music during the 70's Jesus Movement.

Since being in Florida in July of 2012, I have been singing a lot.  I started off trying to figure out how the hell Bryan Duncan sings so damn high and so clean.  Check this out: 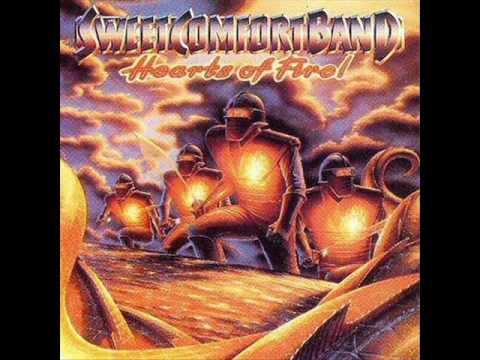 In trying to imitate him, I sort of accidentally discovered my head voice and open throat technique.  It was plainly obvious to me that Bryan wasn't getting that sound by squelching or clamping down... that is just counter-intuitive.  So one night after singing all kinds of squeaks and screams and squeals trying to figure out how to get notes out (to exhaustion I might add, i had been doing this often)... notes up there beyond A4 that I have never really even tried for before in a "head voice"... I somehow ran across Ken's technique through a google search.  After watching some videos of Ken describe it and reading some things about open throat technique, I realized this is what I was already stumbling onto while trying to find my "head voice" and sing like Bryan Duncan.  In the past, I was either chest voice or falsetto, and my top note (chest voice) was a G4 and maybe sometimes if it was just the right phrase and vowel, I could push out a G#4.

So, I got the complete course about a month ago.  It's been a little crazy through the holidays so I've only been singing 2 - 3 days a week since I got it.  But I can already see good steady growth.  I think I accidentally discovered glottal compression and distortion yesterday and re-did it again today.  I'm gonna post a couple clips in that forum section cuz I wanna make sure I'm doing it right (I think I am because I can still talk after experimenting with it yesterday and today for couple hours each day).

Here is 3 songs I did back in Nashville in my home studio.  I am playing or programming all instruments.

The vocal track on Hosanna Forever was meant to be a demonstration for another artist to sing.  It's just one vocal track instead of the normal 4-16 including harmonies and doubling that would normally accompany a typical christian music production in this style.  Nonetheless, the one vocal here is me.

Here is a track of me doing BGV's that sound like Michael McDonald (we didn't have the budget to hire him.  ha!)  All the BGVs are me, not just the Michael McDonald copy.  I am again playing or programming everything.  The song is written and sung by a cool guy named Sterling Gittens.  The track is a bit dated now (2004) but who cares.


All of the above stuff are studio recordings... editing, autotune etc.  And me being a perfectionist, I did takes and takes until it sounded right or as best as I could possibly get it.

Ok so here's the good stuff lol.  This is me as of today singing "Love Comes Down" by Resurrection Band (Rez Band).  I am not singing to any click or music so it's just kind of free form with no consistent tempo.  I am planning on making a track of this song and singing on it soon.  The original is in the key of Aminor where Glenn routinely smacks around a C5 (F%#@!!).  I had started singing this in F#minor where the top note is an A4. But today after warming up I decided it was time to take it another step up.  So it's in Gminor (still a whole step down from Glenn, he rules I suck).

First the original by Rez Band (video and audio of not in sync): 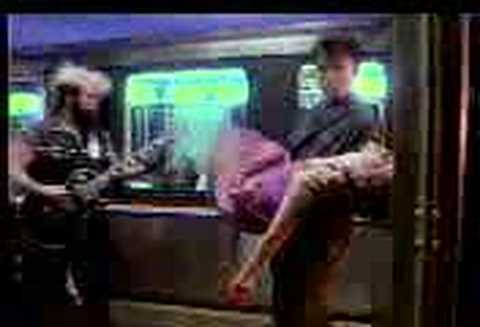 I'm not trying to be a distorted as Glenn.  But I'd like to add it in more than I currently do.  And I also like to sing this in the original key eventually.
But here's me now:

Here's me trying glottal compression for the first time on the 2nd verse of "Some Kind of Wonderful".  For some reason, I was able to really lay into this and not hurt my chords. I tried it for the first time yesterday.  But I wasn't able to pull if off till I listened closely to Don and Mark.  Plus I really love this soul rock style anyway. I want to learn how to do this in a higher range though... like the verses of "Joy to the World" (Jeremiah was a bullfrog) by 3DogNight. Basically, I wanna WAIL!!!!

If you made it to the end... THANK YOU!  I know this was a long introduction.  And if this is a community, then why not let our hair down and be real.  So this long post was somewhat therapeutic for me.  I wanna sing damn it!!  I hope I'm not making a fool of myself.  Even if I am, I wanna get through the fool part and have the courage to DO IT!  I have a dream to just go sing on downtown city streets and parks and stuff... meet cool people and talk about how to make a better world!!  I don't wanna hurt anyone's ears so I better be damn good if I'm gonna do that!! Ha!!  (I'm a little insane)  (just a little)  : )

Grace and Peace to all!
Jeremy