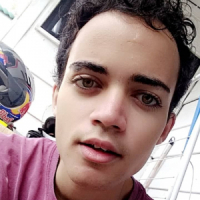 GuyChan 2.0 PRO, 3.0 Streaming Posts: 156
June 2019 in INTRODUCE YOURSELF
Hello guys, I forgot to introduce myself ! I joined the course just one month ago. By the way, it's funny to hear people asking : "Reunion Island ? Where is that ?". It's actually a little Island between Madagascar and Mauritius. We can't even see it on the earth map (it's a notch! ). But what's really cool is that KTVA is heard even in my place ! And I'm really really glad to discover this incredible vocal program. In one month, I've been really surprised.
I'm 18 years old. I'm French ! I've been "singing" for five years or something, and I brought myself to a microphone only like two years ago, as a tenor as it seems ! (Maybe Heldentenor, dramatic tenor I think ?)
I met KTVA on the internet last September. It Rocks !!
If you wanna discuss about my style and influences, I like to sing rock (rock n' roll, alternative rock, classic rock, space rock...), and Ballads, even metal ! I'm actually (basically) a guitar player, interested in shredding death (I calmed down), Power metal, Metalcore and Heavy (even a bit of prog influence). I've been influenced by Muse (a very very big influence !!), Alanis Morissette, Morissette Amon, Mariah Carey, Lara Fabian, Jeff Buckley, Radiohead, and so on.. I also tried to scream, and I did, but when I met KTVA, I decided to calm down for good vocal health, and to slow things down to be able to do it safely overtime !
My goal is to become an international signer-guitar player, and to rock the world out !
I have songs I've wrote, but i just began to show the tip of my nose, so I'm gonna keep making covers for now, and then I'll get to my preparing first album. Yep, I made my plan ! So then, KTVA is just amazingly helping my project !
I'm thanking greatly the KTVA guys for doing all this incredible work for us !