The vocal range of the Ealges !! 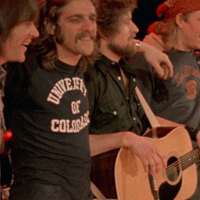 thiago3m Member Posts: 64
July 2019 in Off Topic
So, I've been listening to all the Eagles songs and their solo jobs to make a quick resumé about their voices.
Here it is each member of the Eagles with their low notes, high notes and high falsetto notes.
Of course I didn't search in live shows, just in recorded songs.

Low Note: C#3 - Road To Forever* (I didn't listen to his new album, he may have sing lower than this)
High Note: A4 - Who Tonight
High Falsetto: C#5 - Winners

He is probabbly a low tenor without a good vocal range because he is not a singer.

He is a baritone. If you pay attention on Eagles songs, he is always doing the low harmonies or the lowest.

He is a tenor but this low note shocked me cause' his voice is so soft.

The same as Don Felder. And the drinking and drug problems were a bad thing for his voice cause' he has a nice rough voice, a great potential to be a great Rock N' Roll singer.

He is a high tenor. He had a drinking problem too. And he sufferd a lot with his health. He could have sing higher than that but his problems with drinking, health and life was not helpful.

Oh my god what a vocal range. I guess he is a high baritone. His low note was on his last album released in 2012. It's amazing how his high notes are powerful.

He is probably a tenor or a low tenor. I love his voice. The sound. I could listen to his voice my hole life. And it's curious because his speaking voice is very low.