Where do I go from a muddy sound of SM58 as a female? 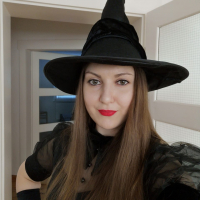 coffeecrank Posts: 2712.0 PRO
October 2019 edited October 2019 in Musical Gear and Equipment!!!
Ok, I really need an advice on a good mic... I currently have Shure SM58, and it's terrible for my voice: I sound muffled, muddy and weak, and I have trouble being heard at band practice (cranking up the volume gives huge feedback, so there's only so much you can do there). I got myself sore several times because of that and came to the conclusion that SM58 is just not that great for me (or even not that great in general). I also hate how SM58 is not picking up sound the second you move an inch.

But where do I go from here? From what I read online and saw on YouTube, there are at least 2 good options I can look into: Seinheiser E835 and AKG D5. But I'd love to hear opinions from people who know mics.

Here's the example of my voice (recorded with SM58 and a cheapo pre-amp + some post-reverb):
https://audiomack.com/song/coffeecrank/seven-nation-army-the-white-stripes-cover
1 · Share on FacebookShare on Twitter