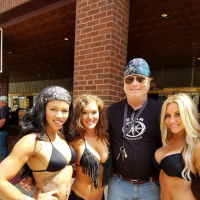 dylewski_d Member Posts: 15
October 2019 in SHOW TIME - Band Rehearsals and Performance Day!!!
Four man band lead singer, lead guitar, bass, drummer. We will play our own blues compilations and rock covers. What does the bar scene pay per gig and how many hours 2.5-3.5 per night. Just ball park I know Ken covers this but I respect the opinions here. Also is that amount negotiable or will they give me a take it or leave it? Will have videos and at least two or three local gigs to offer for reference and they will be ecstatic about us? Thanks in advance.
0 · Share on FacebookShare on Twitter