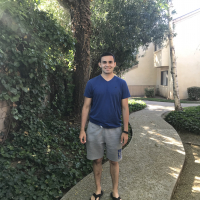 Stevenochoasmusic 2.0 PRO Posts: 175
May 2020 in GENERAL SINGING - Ken Tamplin Vocal Academy Forum
Hey guys I’ve posted about this in another forum and how I plan to buy Ken’s pro pack course but in the mean time have been doing his vocal warmups and working on the vowels in different keys of the song “With You” by Chris Brown. There are many other songs I really wanna work on eventually but I feel like it will be the best thing for me to stick with one song and keep practicing it in different keys until I’m fully confident with it because I used to have a bad habit of jumping from song to song and never completing any of them. I feel like I’m constantly improving with the vowels each time I work on this song. I understand and am patient with the fact that improving my voice isn’t an over night thing, but today I tried adding some syllables to the vowels of the song I’d already been practicing. The problem with that was I hated the sound of the words when I tried adding the syllables. Has anybody else here had a similar problem? If so, what did you do to overcome it? I haven’t worked all the way through my tessitura to the highest key I can sing the vowels through so should I keep practicing until I get to that point and then begin adding syllables? And when I do add syllables, is there a specific way you guys have of doing that?
0 · Share on FacebookShare on Twitter