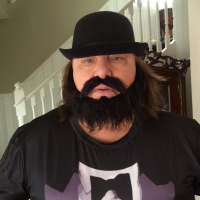 singbetter67 Member Posts: 8
May 2020 in Recording Techniques and Gear
Hey KTVA hive,
so I'm in the process of upgrading to n A&H zed10fx mixer/interface next week. I dug my old M-Audio 2x2 until it was no longer Mac-supported. I grabbed a cheap behringer UMC 204 which served me well for a year or so, but I am excited about being able to have extra ins that will allow me to expand my process. My application is basically recording my Laurin mesh-head digital drumkit (made in Quebec) with live cymbals, and for tracking vocals. I use Logic and Superior Drummer 3 to write and record.
It's sorta limiting to have 4 simultaneous tracks only, as Ideally, I'd like to be able to have stereo OH tracks, stereo toms and separate kick and snare, but I'll figure out something. Any feedback on how to maximize this mixer/interface's potential is appreciated.
Cheers
O
0 · Share on FacebookShare on Twitter
Sign In or Register to comment.