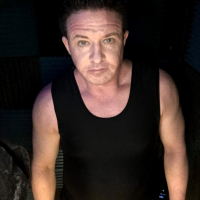 SeanPaulRogers 2.0 PRO Posts: 4
June 2020 in INTRODUCE YOURSELF
Well, my name is "Sean Paul Rogers", which according to Google there are only 2 of us with this name spelled this way. So I own all the email addresses with this spelling and if you type in my full name on all social platforms you can find me as well as on any of the music platforms, such as Apple Music, Google Music, Spotify, Amazon etc. I finally released a couple of cover songs for the first time. Despite being only one of 2 Sean Paul Rogers in the world (so far), I can't trademark my name because its too similiar to the Jamaican rapper "Sean Paul" so go figure...lol I primarily sing musical theater, I used to do shows, performed on cruise ships. I've been out of the business for about 18 years now, but I still enjoy singing, especially after I had stopped for 13 years, then found and online karaoke community called Smule, and began singing for fun, which I built up to about 50,000 followers on there. So I do a lotta of singing on there. You can find me there at smule.com under (yep you guessed it) Sean Paul Rogers. I live in Manhattan, and originally from Tucson, AZ well Vail, AZ, which is just outside Tucson. I didn't post any links on here, but since you know my full name and its spelling you now know how to find me. And I have been using Ken Tamplin's vocal Course for a couple months and looking forward to some private lessons with him.
Peace