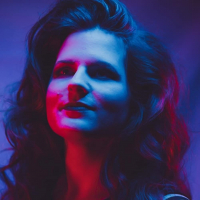 I just got my first webcam class with Ken Tamplin and WOW! I don't even know where to begin!
I received so much information in only 1 hour. For a long time I thought that CVT was the holy grail for singing, but as I stopped making progress after 3 years I realized it's mostly theory and not practice. I am so glad that I made the switch to KTVA.
I learnt belting with CVT but it never really felt comfortable. My throat always felt kinda sore and I was really pushing the notes out.
But now with Ken Tamplin I got to the high E (I think) without feeling any strain at all. I did have to focus a lot and think about many things at the same time. But my throat was completely relaxed and it just felt so good! My mom (who is also a singer) could hear me downstairs and noticed how my pitch got better. I didn't even focus on pitch! My pitch got better automatically as I used better technique! My mom also told me how my voice sounded really clear afterwards, usually my voice gets tired after singing for a while (especially belting), but now I don't feel a thing.

I know it really looks quite pricey but I realised I spent the same amount of money to a vocal coach who didn't teach me nearly as much in 10 hours. (I feel really sorry to say that, cuz she is such a nice person, though.)
Also, I've been really struggling with my self esteem recently because I felt like I couldn't live up to my own expectations. But I feel so much better, now I realize how much potential I've got if I continue to do this consistently.
The only thing I regret is that I didn't start this sooner. (I've actually had the course for a long time already..) But at the same time, I am now more dedicated than ever and I think I need this kind of dedication to learn the KTVA method.

One tiny side note: I have met my favorite artist (Sugizo) in November and he told me that in order to become a musician I need 2 things: 1. Being crazy about music. 2. Discipline. I've always been wondering what exactly he meant by discipline. I thought that if you love to sing, you don't need discipline, cuz you will do it automatically. Now I realize that it takes discipline to continuously go back to correct your mistakes and to be consistent with the technique to put things into your muscle memory. I think it's very similar to playing the guitar (or any kind of instrument).
6 · Share on FacebookShare on Twitter