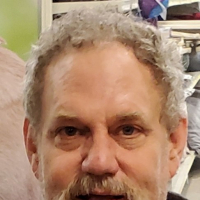 bikerdaddy 2.0 ENROLLED, 3.0 Streaming Posts: 17
May 2021 in Psychology of Singing
I thought I would share a little on my story in hopes that it might help someone:

I hope that your take away from this is that no one is allowed to define you! Each of us struggle in different ways. Weather it is range, pitch, or timbre, we each have triumphs and shortcomings. Don't let someone shut you up! Find your voice and sing out!
5 · Share on FacebookShare on Twitter