Been At It For Past 35 Years

itsme5150 Member Posts: 1
August 15 in INTRODUCE YOURSELF
I have been doing music pretty much as long as Ken.
Started writting and sending out demos way back in 1986.
A lot of close calls but never quite got there.
Back when I first started I had a 4 track cassette Tascam.
Would fill up all 4 tracks then send those out to audio in on a Stereo VCR.
Send that back into the Tascam on 2 tracks and leave 2 open.
Things have come a long way since then.
Anyway,
The link below is me singing with my project band live on Farmclub a song I wrote back in 99. I have managed to turn down the I Suck Knob a good bit since then LOL
Always considered myself a songwritter and not a singer. Moved to Nashville 15 years ago to continue songwriting.
People liked my songs here and I got a meeting with one of the higher ups.
He said you can write some great country songs but "You Are Too Country For Nashville". Uhhh, Say What?
I write rock, metal and country but that was about it for me.
Seeing Ken's videos has got me interested in music again as I dropped out after that last meeting.
One of my songs he said was too country for Nashville is called "Your The Reason God Made Prenups" LOL
The song in the video link below is one of the more southern rock songs I wrote.
Hope everyone enjoys it. 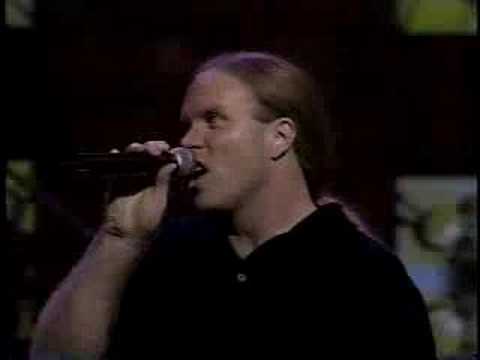