First live performance. Am I being my own worst critic or was the audience being nice? 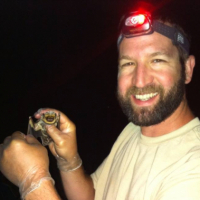 FretlessTheBard 2.0 PRO Posts: 92
September 2021 in Psychology of Singing
Hey I'm just looking for a little insight or similar stories. I just did my first live performance in front of an audience on Saturday night. There's a bar in my area that basically does open mic for whole bands. They have a nice house drum kit, amps, monitors, mics, etc. Just bring your instruments and you can do a 5-song set. The crowd is mostly other musicians, so they're really forgiving.

Me and the band I'm with got up and did our set, and an encore! I know I did really well with Ain't No Sunshine (Bill Withers) and Wild Thing (Troggs). I did okay on Crying Shame (Teskey Brothers) and Creep (Radiohead), but not as well as I normally do, and there were a couple of songs that I felt like I did really poorly on.

On Creep I was really flat on the early high note in the bridge ("She's runnin' out the door, ru-u-un"), which never gives me trouble. Then on the really high note I hit it, compressed and loud, no problem.

Work Song by Hozier is one I do really well in practice, but this time I could hear myself being really pitchy, and I had a hard time hearing myself. Maybe the sound guy turned the mic or the monitors down, I don't know. I think I was also losing support, either from nervousness or the mistake of practicing the day of.

For the encore we did Back 2 Good by Matchbox 20. This one starts out pretty low, and I find that if my voice is fatigued I can't sing the low notes as loudly. So I don't know if people could hear me, but I could hardly hear myself and I got pitchy. I also don't feel like my performance was up to par on that one.

That said, we got more applause than anybody, we had people dancing, and some drunk ladies kept catcalling me, so that's gotta be a good sign, right? haha... Also several people came up to praise my performance afterward, which they wouldn't do if I sucked.

I know I can be my own worst critic at times, and the decision to do this performance popped up during a time when I didn't practice enough for a couple of weeks, so I'm critical of myself for that reason.