Humility as an Ingredient for Vocal Development 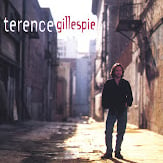 Terence 3.0 Streaming Posts: 19
December 2021 in Off Topic
It seemed fitting to share today’s journal entry about the role of humility in vocal development. It stems from hitting an obstacle this morning and after viewing/practicing the KTVA course and forum until my eyes bled. Please read, or not, as thoughts on a long personal journey shared to reflect the generous spirit of this forum, for which I am very grateful, indeed.

TLDR? Start at the list of bene’s starting at “Humility to…”

“We all want progress, but if you’re on the wrong road, progress means doing an about-turn and walking back to the right road; in that case, the man who turns back soonest is the most progressive.” — C.S. Lewis

Yesterday was a great singing day. It felt like singing in the clouds. This morning, it was a struggle just to warm up. Despite nagging thoughts of “what’s wrong?” nothing was. It’s just the way it goes sometimes. Vocal progress is an upward trend with a great day not necessarily followed by a greater one.

Through this morning’s fog, I could hear Ken saying, “pretend we live in a world where volume doesn’t matter. Cut back the air so your cords can adjust without all that air.” [paraphrased from a session with Adam in a Volume 5 video.]

So, I listened to virtual Ken in my head and cut back the air and sang on, thankful that Adam put himself out there so I could recall his response, as well.

It took a while to open up, and the work was no less demanding, but at least it was now possible, and the voice opened up. A day that would have ended in frustration was saved! Even better: a new “tool” had been put in the box to save some future day.

The setbacks and leaps of vocal development can be dramatic because they are inextricably tied to an instrument that is us. It’s deflating to have a great singing day and have to struggle the next. It’s strange to sail through high notes not yet usable in a song. It’s weird to hear recordings of your own songs but have to get back in shape to sing them. What’s fantastic, though, is having the answers and a roadmap to overcome those obstacles, all in one place!

After reading/viewing maybe 50% of KTVA, I’m convinced that one ingredient I’ll have to bring to the course, every day, is humility.

Humility, to… The list of vocal challenges requiring humility to overcome is probably as long as the number of questions on this forum. Ironically, it’s somewhat humiliating even to admit the need for humility, hence the tendency for it to go missing when I need it most until frustration spurs its rediscovery.

As in the Lewis quote above, turning back to a vocal development milestone not yet mastered is not a setback. It’s facing the truth. And the first one to turn back gets a step closer to the beautiful voice they seek. The alternative is an inaccurate view of an instrument, which is themselves in the case of the voice.

Naturally talented singers get a temporary albeit fleeting pass from the need for humility to develop their voice. Therefore, a beautiful voice is not evidence, in itself, of the humility of its possessor. But the list of naturally talented singers who’ve lost their voice is long and pathetic. Who, with a heart, does not miss them or can even stand to recall the songs that will never be sung their way, again?

It seems somehow fitting that those who must work, think, and pray for their voice have no choice but to uncover humility with every new facet of their newly revealed voice.

“Have you discovered your voice?” asks the writing teacher, knowing it’s the indispensable ingredient. Perhaps it’s the vocal student, not the writer, who can answer with complete sincerity: “Yes!”
3 · Share on FacebookShare on Twitter