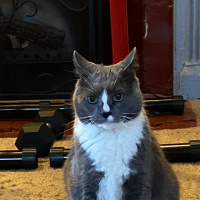 DannyS081502 2.0 PRO Posts: 11
June 2022 in GENERAL SINGING - Ken Tamplin Vocal Academy Forum
Hello! I've been thinking about what my Vocal Fach would be as of late. And i've been described as either a High Bass, Or a Low Baritone. To be specific a Character Bari. So I'm wondering if that's sort of possible to be a Character Baritone, While having sort of the range of a Low Baritone.. For Example: My most comfortable Chest Range is around C#2-Eb4, However this has grown since I started the KTVA program. In fact during exercises I've been able to get up to an A4! Which is MUCH higher then when I First started (Getting to an E Was a stretch!)

I Know Timbre has a LOT to do with your fach, So i'm just wondering if anyone has an idea of what I SHOULD say when introducing myself as a musician.
0 · Share on FacebookShare on Twitter
Sign In or Register to comment.