Dio - is natural tenor or barytone?

valecko Member Posts: 2
November 2022 in GENERAL SINGING - Ken Tamplin Vocal Academy Forum
My ancient mystery question is: "Is Dio by nature tenor or barytone?"
Sure, Dio sings in tenor range up to cca C5. But has he this range by nature or by training?
He speaks pretty low - almost bass. So what?
In 70s and 80s he had much brighter and higher voice. In 2000s he significantly dropped down.
Did he mutate as he get older? 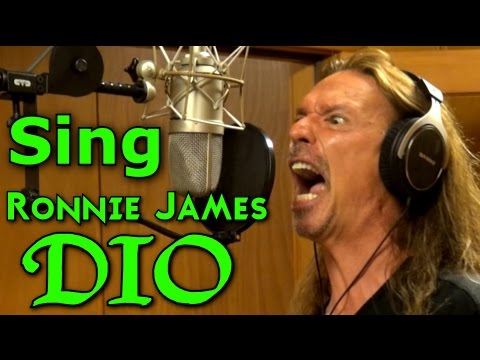 It is very impressive but it does not have that Dio's sound.
I think it is NOT because Dio is the God singer but because he simply has natural higher voice than barytones.
Ken Tamplin sounds more like Bruce Dickinson type - just because he is obviously natural barytone as 90% of males.

So do you think Dio is natural tenor or barytone? If he is tenor it is just impossible for barytones to sing like he.