Dudes and Divas, I have a couple important questions for you! By Ken Tamplin! 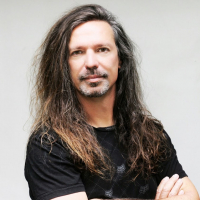 Ken Tamplin Administrator, Moderator Posts: 444
June 2013 edited March 2015 in Ken Tamplin Vocal Academy - The PRO's Vocal Method
Dudes and Divas, these questions are for everyone, whether you're enrolled in KTVA or not.
What motivates you to sing?
When and why did you decide to start singing?
Do you have something to say and you want to "shout it out?"
What was/is the trigger to make you want to sing?
What inhibits your singing?
I want to know what motivates you to sing :-)
Ken Tamplin
13 · Share on FacebookShare on Twitter
«12»