I want some advices on singing like geddy lee

viniciusoliveira Enrolled Posts: 303
May 2016 in VOCAL DEMONSTRATIONS for the Bold!
hi folks,i'm a big fan of geddy's old voice,which was really high-pitched.
His voice was somehow close to classical singing and I wish to reach a vocal timbre and notes as close as possible to his.

Do you guys think he had a opera singing-like vocals or an ordinary hard rock voice?

His timbre and range was higher than (robert) plant's and didnt use falsetto at all.
on this link some recordings of geddy's old voice are avaliable 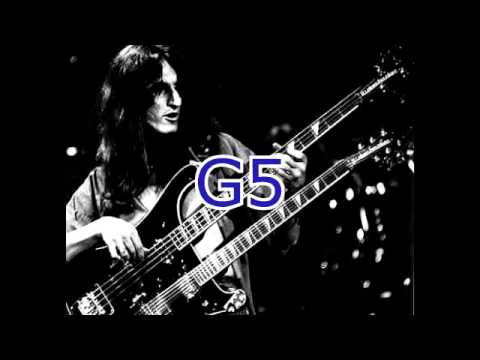 ====
on the following video i tried to sing the twiligh zone,from their 2112 album. I began praticing trough "how to sing better than anyone else" about 2 hours before doing this video.

the lowest note I can reach without forcing is a c3. forcing,i may sing a b2.
B5 is the highest note i can reach right now confortably,without falsetto. Forcing(without falsetto) I may reach a C5.
Does this makes me a high tenor?

I honestly never was interesed on singing low. I always tried to sing as high as possible since I was 12. although I used falsetto most of the time due to my lack of understanding about singing.

Like mr.ken,i also began taking a course (this one) at my 19 years (i begun today lol)
i've been a guitarist since past year and found it embarrassing to sing. im starting to devotate myself on singing high with my cheek (normal) voice now.

do you guys have some advices to me in order to reach geddy lee's past vocal range?
thank you
ps: please recall i'm a newbie and be patient
0 · Share on FacebookShare on Twitter