Can This Course Help A Parodist?

I found this site after searching for a local vocal coach in the Canton, Ohio area. The reason I was doing such a search is simple- I'm probably in way over my head and need help.

My name is Wild Bill, and I'm a musical Parodist- like Weird Al Yankovic. However, there is one big difference- I have a good voice. Weird Al is a great singer but doesn't have a great voice. Lyrically, our work is in the same league. However, due to my vocal range and ability I can take on songs that he cannot. Mind you, I state this of my own opinion. I have never had any vocal training of any kind in my 50 years.

Parody singing isn't like what folks typically do as professional singers. As a Parodist, I have to sing across many genres and styles; often having to imitate the style of a popular singer as opposed to, 'making it my own'. This perspective may seem counter-intuitive to a professional singer but is absolutely essential to my craft.

So why am I in over my head? Well, I finally had the guts to audition for America's Got Talent. I submitted one of my videos to the producers and then signed up for the auditions in Cleveland that occurred on December 10th of 2016. I figured that I'd just be part of the mill and be done with it. Well, that isn't what happened. At this point, I have had my private audition with the executive producers and will know within two weeks whether I will be performing before the celebrity judges.

There has never been a Parodist on AGT and therefor my only competition is Weird Al. Also, as a Parodist I have to sing songs that the viewing audience would be familiar with. Thus they must either be songs that are well known on such shows (AGT, X Factor, etc) or songs that are simply part of the cultural furniture of the English-speaking world. Due to this, I have chosen to parody through the course of the competition the following songs through to the finals:

As you can see, this is an extremely broad brush stroke of genre and I'm quite uncertain if I can even be helped at this age- especially with the opera. Am I doomed? I may have less than 7 months before I have to sing opera on live national TV before 10+ million viewers and I'm freaking out. Is it even possible to get to that level? I know I'll never be a Pavarotti, but if I can at least get to the Paul Potts level (who also will never be a Pavarotti) I may stand a chance. Can Ken's course help or will I need some one-on-one help to accomplish this in such short time?

As an example, this is the video that I sent to the producers. Please forgive the extremely poor video and audio quality as it was recorded/made using some extremely cheap equipment by a guy (me) that was ignorant on how to use it. 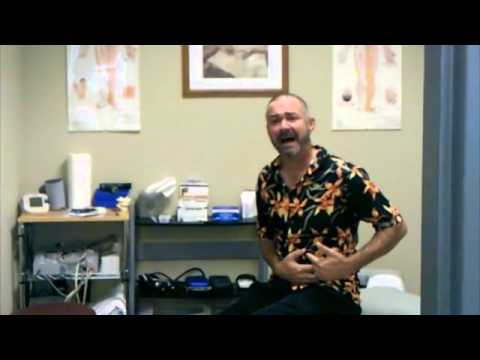