What do you do when asked to sing on the spot? 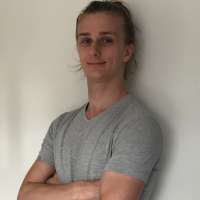 Imagine you are with friends, family, or you significant other, or whatever. There might be a guitar or piano too.
Someone knows you are a singer, or at least do a lot of practice, and asks you to sing something.
What goes, or would go, through your mind in that moment? After all, you did not have any time to warm up, but you do know several, or a lot of songs.

Would you walk out for half an hour and warm up? Would you tell them you sing so much better after warmup? Or can you guys sing just as good without a proper warmup? I need a good warm up to sing at my best, i just sing 'clearer' and easier with at least a 30-35 minute warmup. I would combine some chest and bridging for 15-20 minutes i think, and then full stretch chest all the way into head voice for 15 minutes too, and working the mid-voice.

I have never been in this situation, but i would not like to be. I sing so much better with a warmup! I have much easier access to my entire range this way, and it kind of clears the throat too.
Do you guys also really NEED that warmup to sing at your best? Or could you make do?

Looking forward to the responses!