Hello everyone I am Bryan Abir 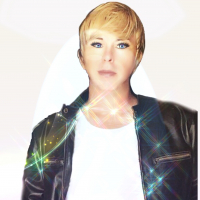 bryanmatthews Pro Posts: 8
November 2017 edited November 2017 in INTRODUCE YOURSELF
My stage name is Bryan Abir and my story would have to be read in a book. It’s way to complex to sum up in a few words and even in book form no one would believe it. Highlights: - at 7 years old learned how abruptly innocence is lost, - started to express emotions through singing the songs I heard, but it was quickly explained how the noise I made caused headaches so I when I did sing I was alone and still very quiet, - 9 years of the nightmare called school and then college, - psychology major, during the same time got into modeling where I was further educated about my imperfections. So at 6 ft 1, 165lbs, anorexia & I became intimate pals, - during this time it was discovered, much to everyone’s surprise that I had an IQ of +160 - still singing alone, - then through a series of seemingly random events I was being trained by agents from the “Company” in the fascinating world of spotting deceptive behavior, - jump to today and a much more stable life and we have Bryan Abir.
0 · Share on FacebookShare on Twitter