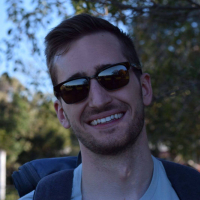 jahammo2 2.0 PRO Posts: 3
February 2020 edited February 2020 in INTRODUCE YOURSELF
And I have decided to try and pick up singing. I can NOT sing well right now. However, like most of y'all, I've realized that it is very possible to develop this skill and to in fact sing well if we put in deliberate, intentional practice to become better.

I decided that before I would start, I would get some professional recordings done of me singing right now. That's for a few reasons:

1. I wanted to have a good baseline of where I'm at so I can compare myself in the future
2. I figure that when I do re-record myself in the future, I will probably do a professional recording and I didn't want my comparison to be "compromised" if my first songs didn't get a professional recording. If I'm going to truly compare my results then I need to hold as many variables constant as possible.
3. I wanted to hear myself do a wide range of songs. What I would consider a range of "soft" to "heavy". This is because I'm not really sure what my "style" is at the moment and I want to have a baseline across multiple types.
4. I have never done a professional recording before and thought it would be fun!

I still feel terrible for the guy who had to listen to me belt out six songs. He even did the professional treatment after I was done recording which meant he had to listen to my voice multiple times! Poor fella.

Anyways, I'm posting them here, mostly for posterity's sake. I don't actually recommend anyone listening to them! I'm just trying to keep myself accountable and to show that, if I do improve, I was pretty awful before I began KTVA.

Dio - Last in Line
https://www.dropbox.com/s/2m8twe9dfsq51zp/Jordan The last In The Line.wav?dl=0

Alice in Chains - Man in the Box
https://www.dropbox.com/s/km8cnb6k8d76h76/Jordan Alice Chains.wav?dl=0

I'm hyped to really get into this. The best of luck to everyone who is also just getting started!
0 · Share on FacebookShare on Twitter