Trained for 1 year, then got sick and lost my voice. How long will it take to get it back? 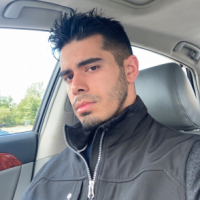 AymanZ 2.0 INTERMEDIATE Posts: 3
September 2020 in Vocal Health and Wellness
Hi everyone, I'm completely new to the KTVA forum and was looking for some advice. I found Ken's program about 2 years ago, and started training with his program for over 1 year, until unfortunately last year I got sick and had to take a break from singing. It has now been about 1 year since I've been doing the Volume 3 exercises regularly, and all the distortion and raspiness that I got in my voice while training has now been lost, and I lost a substantial amount of range. I can't belt out the same notes I used to be able to. And the same songs I used to be able to sing without discomfort now are difficult for me to perform.

This is a before and after video of me singing "Rehab" by Rihanna 2 years ago, and what I sounded like last winter when I tried to sing the song again:

And this is me a few days ago after training again regularly for about 2-3 weeks, singing "Chandelier" by Sia:

Even though I haven't really noticed much progress in the quality of my voice over the past few weeks, I'm still doing Ken's daily Volume 3 exercises religiously because I know that they absolutely work. I know that just like any other muscle, the vocal cords take time to develop. But at this point, I'd really like some words of encouragement. I do have pretty lofty aspirations for my music career, and really really want to develop a killer voice that I can actually use to record good songs in the future. But please, if you have any constructive criticism, I'd like to hear that too; I am also looking for some feedback on my tone, pitch, control, breath support, or any other comments you might have for my improvement.

I greatly appreciate the feedback,