AnthonyV Pro Posts: 44
June 2013 in INTRODUCE YOURSELF
Ok so, my name is Anthony, I've been singing for a while now and just recently I was presented with a golden opportunity by a well known act. I'm not going to get into details with that, since it's something that didn't really materialize, being it was an audition. Anyway, during the process, the producer gave me some of the best constructive criticism I ever received and it really made me want to improve. Not that I'm bad, I just know there is a TON I don't know. So I did some scouting until I found something I felt was going to help me out.. That something happens to be the KTVA .. Ken was nice enough to give me a consultation and in that alone, made me realize I needed to purchase this program. However, here's what I'm faced with - COMPLETE ignorance of nearly every facet of singing. YET an enormous amount of drive and willingness to learn all I can.
Here's what I understand - the diaphragm support, the open throat technique, the pillars (air tube), the amphitheater at the back of the throat .. All that makes perfect sense. I mean, even the notion of eliminating "moving targets" with these vowel modifications really gets me excited and feeling all warm and fuzzy. And I have watched volume one at least 3 times before I even attempted the vocal warm up .. Which was today. And I plan on doing this at least 5 times a week, as suggested. However there are certain things I need addressed before I continue to ensure I'm going about this the right way. The questions I have weren't posted in the forum, as far as I can see, and I was hoping one of you guys can point me in the right direction.
Ok so this may make me sound completely ignorant, but that's because I literally am and have no knowledge of ANYTHING.. This means.. I have NO idea how to identify my range. I don't know if I'm a baritone or tenor.. Or any combination of the 2 so..
1. How the hell do I identify my range? (baritone, tenor, etc.)
Also, I'm experiencing confusion when it comes to identifying what a head voice is. Because it sounds an awful lot like falsetto when I hear Ken talk about it.
2. Is there a difference between head and falsetto? if so what is it?
3. What is chest voice exactly? how do I realllly know I'm going into head voice?
4. so far I've seen a whole lot on how to expand your range into the high notes but what about the low notes?
Also, I too really want to develop this "mid range" where you stretch your chest voice, however if it's what I think it means, why is it Ken tells you to sing softly in the warm ups? Is it possible to sing chest voice softly? and when I do sing soft into the high notes, it sounds like I'm just going into a falsetto.
I hope I don't come off as a downer and I don't want this post to annoy anyone, try to understand, I have no knowledge here. Even when you all talk about c5's and f sharp this and blah blah blah - I feel like my head is going to explode LOL
But to prove I'm not that bad - Here's a link to a song of my band I did acoustically - it should give you a good idea of where my range is at. 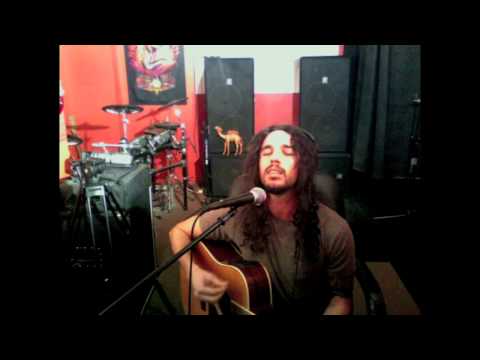