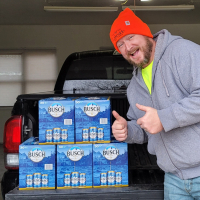 My name is Bryan and I've just joined your community. I look forward to making progress here with you all. A little about me...

I am 38 years old and in the process of retiring from the Air Force. After 20 years I'm more than ready to focus on the next chapter. I have a beautiful wife and two teenage children. I am originally from Belle, Mo but landed in Owensville, Mo. In my career I was a nuclear weapons specialist with a later focus on electrical troubleshooting. I am on terminal leave for another 75 days then I'm officially free...so to speak.

I began playing guitar when I was 7 and have never stopped. I've been playing the live music circuit (mostly covers) since 2002. I am an accomplished guitar player and a capable singer. I've fronted two bands but spent most of my time tickling the strings. Haha.

From 2013 to 2017, while stationed in Germany, I was in a GerMerican rock coverband called The Smokin' Scarecrowes. I sang lead on "We're An American Band" by GFR and a few others but mostly sang harmony. In 2017 I got pneumonia three times and it devastated my voice. My range dropped significantly, head voice gone entirely (just air), vocal stamina was demolished (voice very fatigued after a song or two), and any time I'd use distortion or go into my belt range I'd cough and choke. I gave up singing entirely.

In 2020 I had to do a 1-year tour in Turkey without my family. I decided that since I had a gigantic house for just me and nothing else to do but work and play guitar, I'd work on getting my voice back, and I had some success. My chest range isn't where it was but I'm also older, so there's that. I still can't belt well but I did get my head voice back, with lower range. And my stamina has improved marginally: If I sing for about 30 - 60 minutes my voice is so tired I can't even hum. I've gleaned all I think I can from free videos and uneducated practice, so I pulled the trigger on the 2.0 course.

Here's a video of a band I was in several years ago. The tune is "Lady Love" by Brian Leneschmidt. Brian is a close friend of mine and I've covered many of his tunes over the years. This band did it as a duet. I am the tall guy with the Strat. 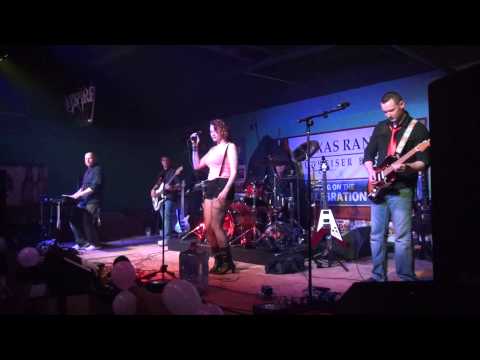 My goal here is merely to become a better singer. I'd like to stretch my range to whatever I can, learn to use my belt range and distortion again, and possibly learn to utilize mixed voice live. Right now my range is A#1 to C#5. This is the very bottom of vocal fry to my highest comfortable head voice note. I can go a couple steps higher but that requires real pushing and I don't want to cause any damage. My highest possible chest voice note is C#4, but I don't really think it's usable.

Long intro I know, but I really want to give this a good shot. I can't wait to interact with you all and learn what I can.

P.S. When I figure out how to do some recordings, I'll post them so you all can see what I'm working with.