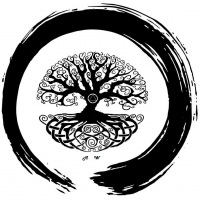 My Name is M_W and I´ve kinda been singing a great part of my life.
But only very little with a voice teacher.
Well to make a long story short - I was mainly a rhythm guitarist in some bands I joined.
And since I was already singing along to any tune I always got the singing position as well.
I did my part but was never really satisfied with the results.
Also I was in denail about rock singing - watching some singers of the NuMetal Movement absolutely destroying their voices and so on. Also some local bands went through some singers by covering Nirvana and ACDC so I was on the presumption that you can only sing these kind of songs for a few years before forever losing ones voice.
...
5 years later
...
I was already studying to become a teacher when I first felt the need to get some vocal lessons.
So I did and really just scratched the basics for half an year. That helped for the choir practice then...
3 years later
I was singing in Stuttgarts biggest gospel choir "GiO" and after some time in the tenor section I descided to apply for a solo position.
The audition didn´t end as I suspected. I didn´t get the part but the conductor gave me the number of a vocal teacher.
I studied with him for almost 2 years until I tried again while the choir made a workshop.
The conductor was visibly impressed with my advance ... but then I had to leave Stuttgart for professional reasons (laid off... new job in a little bavarian valley. ....

Then for 3 years almost nothing happened.

The little village only had an classical quoir, which I tried, but It just didn´t sit well with me. I lost my joy in singing and just focused doodling on my guitar. more or less...

Now after another move to Munich I´m back and kicking and since joining a Band (Bluesrock, Southern Rock) I went back to singing and playing rhythm. Then I Learned about KTVA and now I´,m looking to improve my voice, so I can rock the stage of our local Jam Sessions loud and proud!

I´m greatful for this forum and I´m looking forward to connecting with you guys!