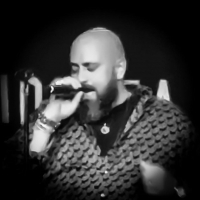 GaryDrumm 2.0 PRO Posts: 45
October 2019 in Recording Techniques and Gear
Does anyone have any good suggestions on in-ear monitor systems that won't break the bank? I know the top brand IEM's run in the $700-$2000 range, but I'm looking for something that is reliable and sounds good that might be a little more affordable.

I'm looking at the Galaxy Audio 950. Anyone had experience with that unit? Anything I should watch out for.

For a little background I sing for two different bands... one is an all original band that so far has done 3-4 gigs. The other is a Journey tribute band. In both bands I have really difficult time hearing the stage monitors and I end up blowing out my voice trying to sign over the stage volume.