Help! What Genre Is My Song? 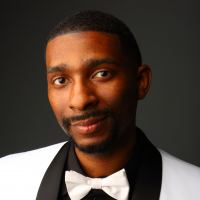 FurryMurry 2.0 PRO Posts: 56
November 2021 in VOCAL DEMONSTRATIONS for the Bold!
Hey all! I just finished a new a cappella cover of the Cheers theme song, “Where Everybody Knows Your Name”. I am ready to start uploading it to streaming platforms, and also submitting it for playlist considerations.

The only problem is, I don’t know what genre to list this song as. Obviously it’s an a cappella song, but “a cappella” is NOT listed as a genre in Distrokid, nor in Spotify. So that’s out. There’s room for two genres I can list: a primary genre and secondary genre. Distrokid has “Vocal” as one of the options for a genre. But this is not good enough, because Spotify For Artists does NOT have “Vocal” listed as a genre option on their playlist application form.

You can listen to it here:

Maybe since this is a cover, I could list it as the same genre as the original song? The main problem with that is that it’s difficult for me to get an accurate reading of what “genre” the original song is in. But even though the melody and lyrics are the same, I don’t know if my cover is a similar enough style to be considered the same genre.

My primary concern is having genres that will fit with a relevant playlist with a similar style.

Also, if anyone has any suggestions or constructive criticism for me from an engineering standpoint, let me know, as I have been recording, mixing, and mastering all my own tracks (including this one!