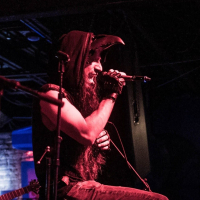 Caw_Im_A_Raven Pro, 2.0 PRO Posts: 22
June 2017 in The Singer's Lobby
Howdy,
I'm in the middle of recording my first album with my band (and will be for a few more months). About half of the songs are classic metal oriented (Like old-school Metallica-ish), while the other half is more classic hard rock-oriented (Like Gun's N Roses or Led Zeppelin).

The classic heavy metal types songs are much easier for me to sound great on since they don't require too much emotion outside of apathy, nihilism and the usual "tough guy" stuff. I've been able to record them fairly quickly and they get a lot of praise from my bandmates.

HOWEVER... The rock oriented stuff like ballads, and the more exciting songs with a lot of energy-- I'm sucking really bad and they are taking forrrreeeever to even get half-way done with. Like-- Its not terrible, but I keep getting the same consistent feedback that I sound like I'm not putting enough 'feel' or 'nuance' into the parts. I know Ken has a video on the volume three videos where he discusses how to get more nuance in the songs by having a "bag of tricks". So far that has been going well, but it seems my overall energy and emotion is just not matching the song even though I really like the songs they wrote and I also really like the lyrics I spent the past two years writing.

Any ideas on how I can 'emote' better? I know it seems really silly-- but I've been so worried about technique and such since I started that it has been difficult to reconnect with that major aspect of singing.
0 · Share on FacebookShare on Twitter