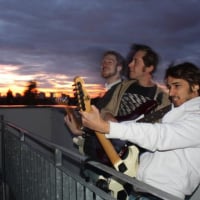 Klaus_T Moderator, 2.0 PRO Posts: 2,065
April 2020 edited April 2020 in VOCAL DEMONSTRATIONS for the Bold!
Hi mates, super-exciting (for me anyway): My band have released this song, written and sung by me.

it is about the curfew (=Ausgangssperre) and "conspiracy theories" if you will. It's in german though.


@doc_ramadani @Diego @Michael4000 @Sophia @Wigs & @everyone else who wants to ruin their ears!
1 · Share on FacebookShare on Twitter