Re: Sore side and chapped lips

Thank you! I thank my blessing to have this opportunity. (Also a huge confidence builder as I'm not entirely alone 😆)

And yeah my job is pretty physical - so the soreness could be simply from that and not singing, however I've been here 2 years and haven't felt sore here before. But it doesn't hurt! So I am actually kind of impressed by the soreness and it would make sense if it was from singing so much below my ribs. I have definitely known that's how people sing, but it's taken me a very long time to break old habits and actually try to learn it myself.
Finally I definitely have the bell tone a lot more than usual, and I even managed to pull of some healthy distortion (I believe because I had grit in my sound but I could feel the openness) however this didn't last and by the end of the night the old thin distorted sound had set back in. But my vocal cords do not feel sore, tired or scratched so definitely good progress.

I know this is a lot to read definitely, but I'm very excited - 6 hours into singing and I had enough stamina to keep going,and the biggest change was doing Ken's warmup for an hour. I'm very glad I pulled my head out from under me and finally LISTENED to him! 😂 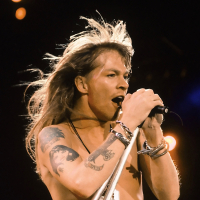 Re: Difference Between Tone & Pitch

New to the course, but many years of music. You can be "pitch perfect" but not sound good. Tone is how your voice sounds. The "ping is king" that is spoken of in the course is to do with tone.

In some other words, you can have two people singing the same note at the same pitch. The one with the better "tone" will sound better. For me, while my pitch is not perfect, It's my tone that needs even more work.

Hope this helps a little. Along with Elara's explanation. Which is good.

Is my diet affecting my singing?

Hi , I am eating too much junk food lately which I think is affecting my body in a negative way especially with my diaphragmatic support .my abdominal started to get stiffed .I usually dont eat any kind of junk food many hours before I start to sing.is this because of my unhealthy diet?
@highmtn @Wigs

Thank you so much for your thoughts @Terence !
I think that is a true assesment what you said. It's not strong enough. Although I do believe the recording process and quality is not doing the tune much justice. I don't know for sure, but I have an intuitive thought that something is off with my recordings. Maybe not by much, but something seems odd. A little bit too thin.

I am working the same volumes as you do. Toggling between 3 and 4. Volume 4 for 3 months now. Not sure I have worked the falsetto enough on the low end. That might be one issue? I know KT said we should aim to have a wide grid where we can mix the sound.
I started going down to F4 and lately I tried to bring the headvoice down as low as possible, which is C#4-D4 in my case. I think that's the bottom. I have worked it a lot and I don't think I can do a warmed up C4 in head. The pull back to chest starts already at Eb4-E4.
I think my weakest spot in this recording is around A4. That's where I am supposed to be starting a good mix, but it's difficult to find the correct setting.
In pure head it didn't sound good either. I dont know if it is the recording or just me. I must be able to do better than that. I was pretty far away from the mic there also, which may not help.
I don't have any other complete songs, but I have a snippet from the high part of Dream On where the head sounds better IMO. Would be good to know if this headvoice sounds like it has been worked enough up top or not. If that's acceptable I can focus more on lower head notes and see what happens.
It's not a dangerous strategy to work full range headvoice in the exercises is it? Or can that somehow weaken the mid range notes? I know it can pull on pure chest, but can it thin out the midrange mix? I always go as high as I comfortably can in vol 4 and 5. So I quit at C#6 or D6 depending on daily form. Ken Tamplin said he worked out to C6, which made me think that what I am doing should not be counterproductive. Maybe there is a story around this which I don't understand.

Here is the headvoice clip:
on.soundcloud.com/oHLQs
It's a full step up (yes, I like to experiment with keys lol). I had to let go after half the toggle, because I cannot sustain it that long.

What did you think about the pitch in 18 & life?
Is there anything in the song which I can keep as it is or should I try to sort of reconstruct it from scratch?

Re: Difference Between Tone & Pitch

This is something that you can look outside the course for, as they are defined terms. A search on Wikipedia for "tone" will give you a list in the Sound and Music category that will cover everything: https://en.wikipedia.org/wiki/Tone

In KTVA, you have good pitch when you are singing the note you want to sing (What), and you have good tone when you have mastered technique to the point where someone listening to you will appreciate the sound of your voice (How). It's more than this, of course, but What and How are what it boils down to.

Can you give feedbacks on my singing?